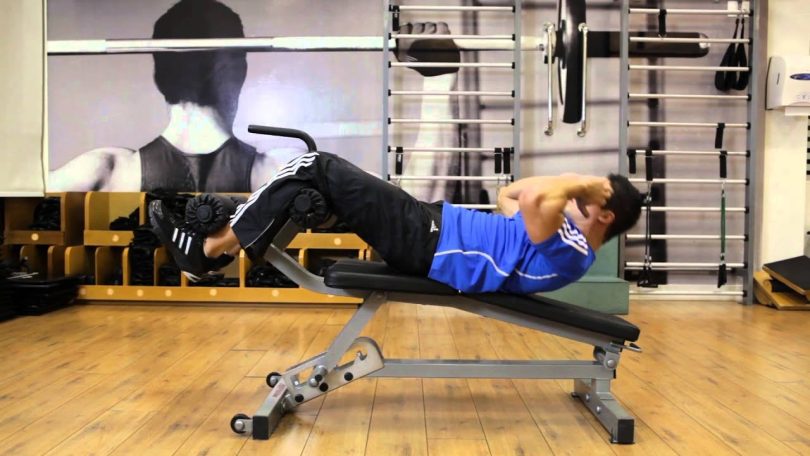 The decline sit-up commonly referred to as the decline crunches, is a more complex variation of the classic sit-up for the abdominals. It is, therefore, an exercise reserved for those with a reasonably solid abdominal belt and one of the best exercises for developing an impressive six-pack.

The “decline crunches” may be an old-school exercise, but make no mistake, it’s also one of the most effective. Why is it different from standard crunch? Because it requires a more excellent range of motion, which stretches the abdominals and creates greater tension for the practitioner. These are essential building blocks for building muscle and strength.

Execution of the decline crunches

This is your starting position for the decline crunches.

Execution of the movement

Repeat the movement for the desired number of repetitions.

Breathing while the abdominals are contracted, and the stomach tucked in can be challenging: block your breathing from inhaling in the starting position and exhaling at the end of the ascent.

Risks and mistakes to avoid